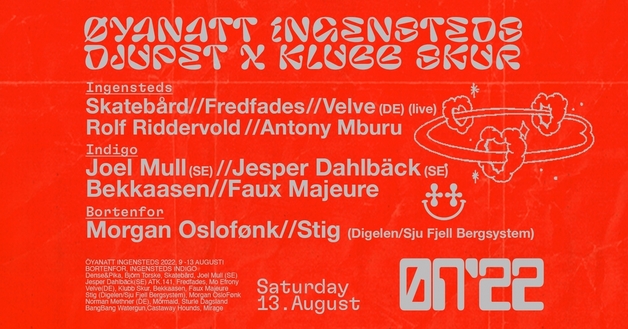 Starting DJing and producing in 1993, Joel Mull's career spans over two decades. He has released music on labels worldwide and along with Cari Lekebusch, Robert Leiner, Adam Beyer and Jesper Dahlbäck he counts to the first wave of Swedish techno producer who became known around the world as the "Swedish techno sound".In the mid 90's Joel moved to Hamburg and worked as a resident DJ for 3 years at one of the biggest techno clubs in Germany, Unit Club. This was an important period for him and as a DJ; It learned him how to control the energy of the night on the dance floor, from warm up sets to 10h marathon sets.As a producer, he is constantly active and has released over 100 releases and under various names such as Icarus and Gotzkowsky. Joel is constantly touring and traveling around the world almost every weekend and playing at the main clubs and festivals in the scene

Jesper  Dahlbäck  is a Swedish techno DJ and producer. Besides his real name, he has used various pseudonyms such as Lenk, Dahlback, Dick Track, Faxid, Groove Machine, Janne Me' Amazonen, The Pinguin Man oder DK (with Thomas Krome). Hugg & Pepp / Pepp & Kaliber are names of duos for his common collaborative work with his cousin John Dahlbäck ADJD is used for his collaborations with Alexi Delano.  He also uses the names The Persuader and Sunday Brunch together with Jean-Luis Huhta. He started producing tracks at 17 influenced by the Detroit techno and artists from UK and Germany. In 1993 he founded the Globe Studios together with Adam Beyer and Peter Benisch.

He distributed tracks through Planet Rhythm. Working with Cari Lekebusch and Adam Beyer, he gained notoriety in Sweden and throughout Europe with his versatile house music through the specialized label Svek becoming a prominent producer with them.

In 1998 and 2001, the label won Swedish Grammy music prize nominations. In 2004, he had an international hit with Canadian producer Tiga called "Pleasure From The Bass". Jesper also co-produced Tiga's 2005 album Sexor alongside Jori Hulkkonen and Soulwax.

More recently, he has started releasing more classical tracks with Acidsounds. Struggling with tinnitus, he has withdrawn from public performances concentrating on music production work.

as the German voice behind Apple's SIRI. She is signed

Her new IDM-/ electro pop album X TO THE MILLION

is made up of fifteen tracks..

Ambient and acid sounds float over a deep, bass driven

the multi-faceted and charismatic voice of VELVE who

presents a unique style, both intense and addictive.

No snare, kick, bass or synth is ever repeated, each track

has its individual sound vocabulary.

The title „X TO THE MILLION“ in a mathematical sense

deals with the potentialisation of the placeholder X, that

stands for a thought from which a whole universe can be

and mostly treat of politics and feminism.

VELVE conceives the album as an audiovisual work of art

with a live performance accompanied by 3 D video arts.

seen from the perspective of aliens watching our

creating a space of its own you want to dive into.